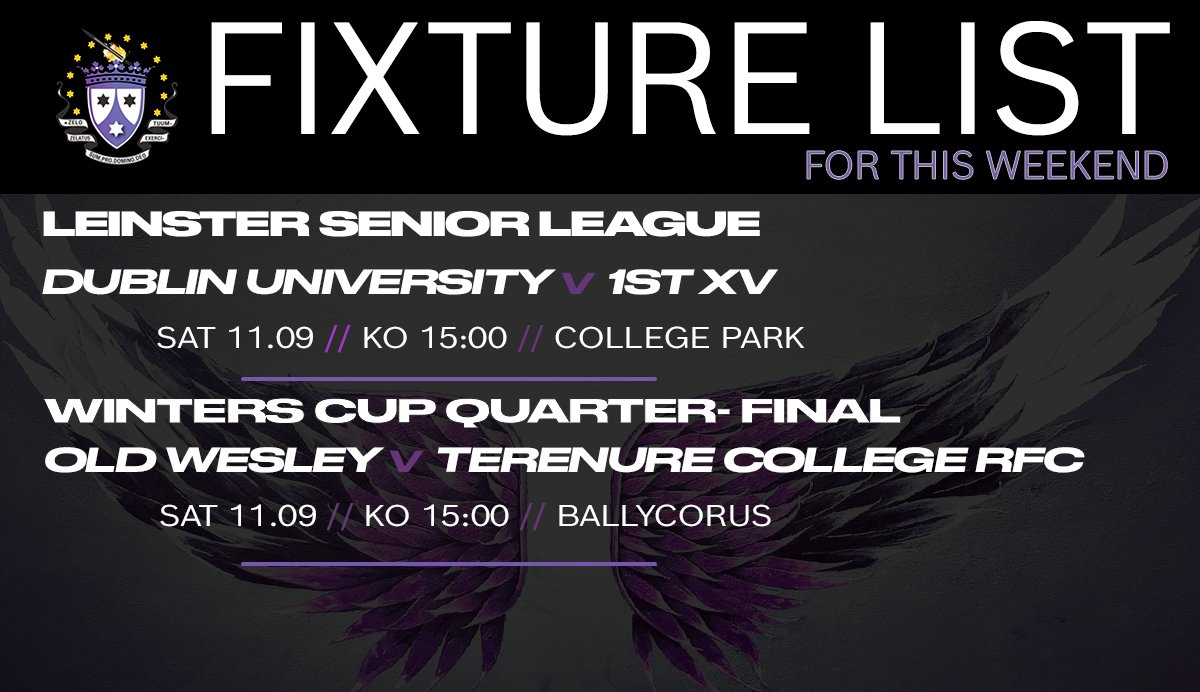 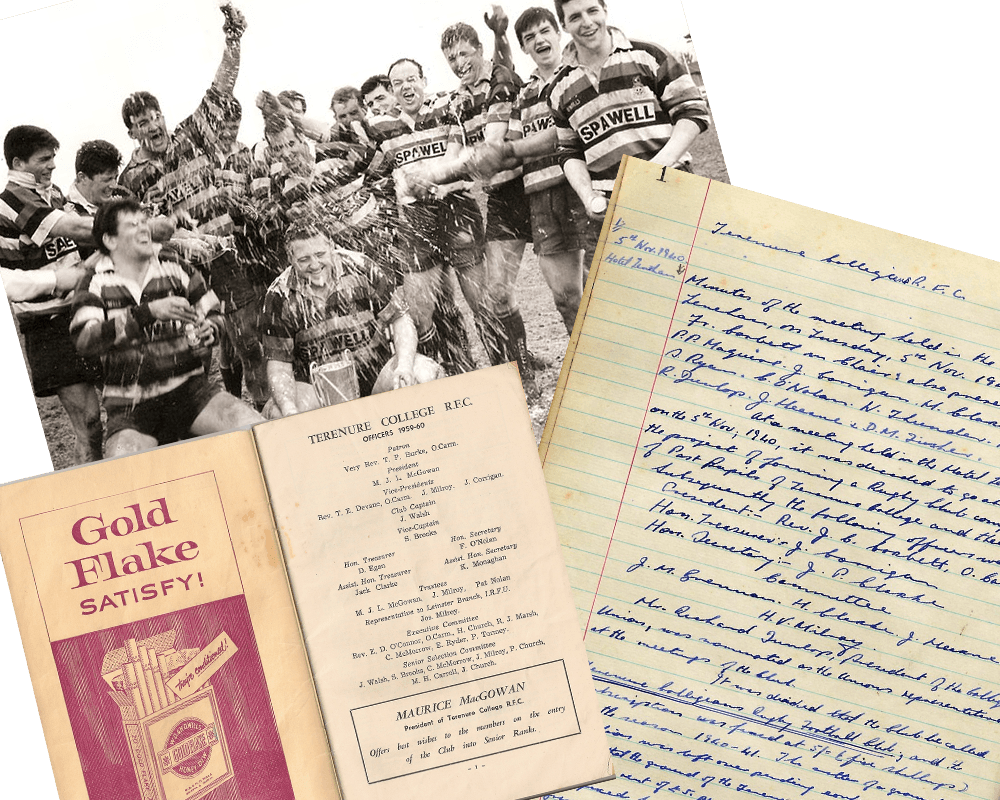 Terenure College RFC was founded on 5th November 1940, when Rev. Fr. Jackie Corbett O.Carm, worried that past pupils of Terenure College were not continuing to play rugby, called a meeting of past pupils in the Hotel Lenehan on Harcourt Street. Following the meeting, Terenure Collegians were formed, playing their first game against the College SCT soon after.

Collegians became affiliated with the Leinster Branch of the IRFU in September 1943, and soon after played their first match in the Minor (J2) league, which they went on to win in their first season. Changing their strip to the now famous purple, black and white stripes for the 1944/45 season, the club went from strength to strength, opening the first club pavilion in April 1947 and winning the J2 league and Metro cup in 1949. The 1950s saw the 1st XV win the J1 league five times, but the club failed to secure senior status in the Leinster Branch until their 14th application in January 1959.

The 1960s were a glory period, with the club gaining their first internationals in Mick Hipwell (62) and Brendan Sherry (67), a new clubhouse (62) and back to back Leinster Senior Cups (66 and 67). The 70s saw Mick Hipwell become the club’s first Lion in New Zealand in 1971, and the addition of the lounge to the clubhouse. A tour to the USA in 1981 was followed by Terenure’s first President of the IRFU, Mick Carroll, our first Leinster Senior League and our third international in Paul Haycock, before the inception of the All Ireland League in 1990, and the celebration of the
club’s Jubilee in 1990.

The mid 90s saw another glory period for the club, with Ciaran Clarke, Niall Hogan and David Corkery capped for Ireland, with Hogan going on to captain Ireland in the 95/96 season. During this time, we won our third and fourth Leinster Senior Cups, with the 95/96 team, captained by Peter Bruce doing the unprecedented treble of the Kitty O’Shea Leinster League, Leinster Senior Cup and promotion to Division 1 of the AIL for the first time. In the 98/99 season, we gained two more internationals, as Girvan Dempsey and Eric Miller pulled on the green jersey.

The last few years have seen some great developments in Lakelands over the last few years, starting with the signing of a historic lease in 2013 on the club grounds. This was secured after many years of negotiation, and the generosity of the Carmelite Fathers. The following season, we won promotion back to Division 1A of the AIL, while our U20s won the club’s first McCorry Cup, securing the JP Fanagan league title at the same time. In 2015, the 1st XV reached the playoffs of the AIL, while the U20s repeated their incredible double of the previous season, and the club
celebrated its 75th Anniversary. 2015 saw the opening of state of the art new facilities, with an all weather pitch, floodlights and new changing rooms. These years also saw the latest Terenure men to become Irish internationals, with Isaac Boss and John Cooney receiving caps. 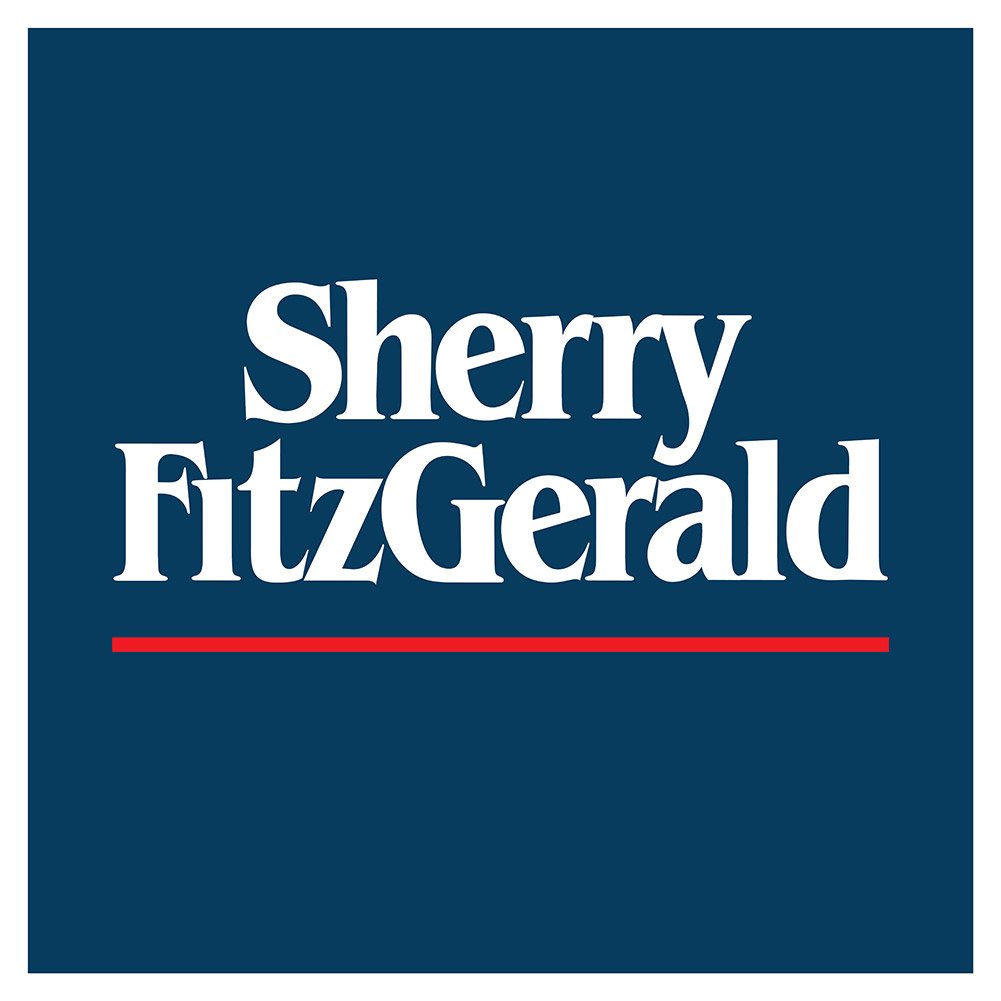 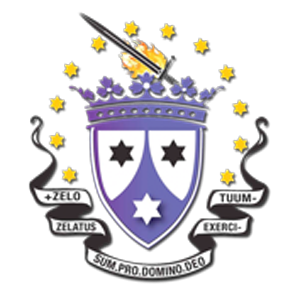 Thanks for signing up! You will be copied on the next club newsletter.

We will never share your details with any third party and we adhere to GDPR compiiance.

Want to Join The Club?

At Terenure College RFC, we are always delighted to see new members joining and becoming part of our club. Rest assured there is always a friendly smile, a warm welcome and great conversation waiting for you. And there is always rugby.