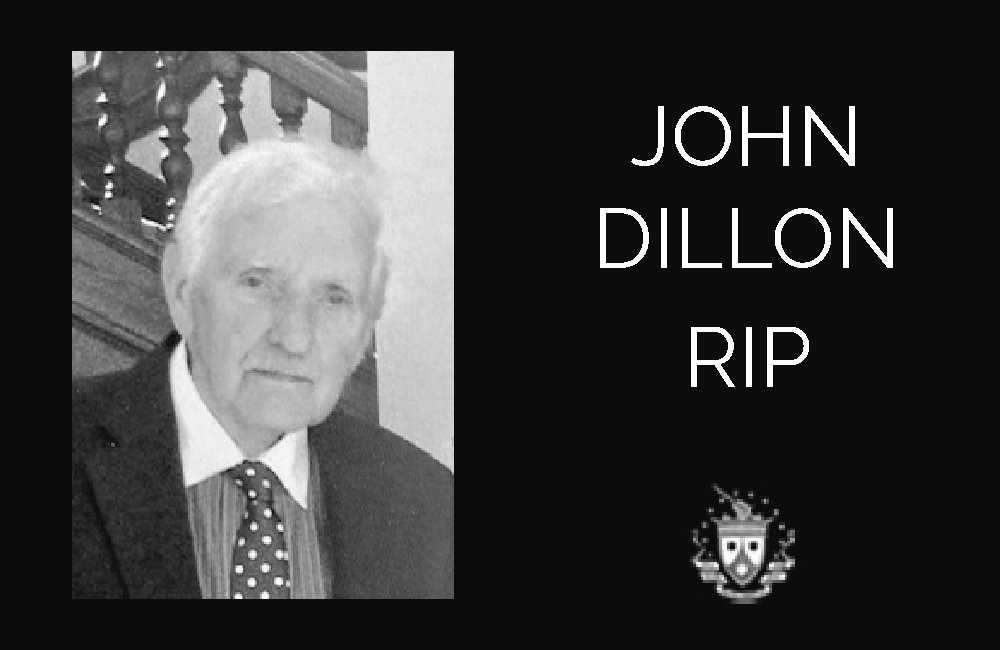 One of the few remaining members of the 1950/51 Schools side has passed away. It was with sadness that we heard of the death of John Dillon, who captained that side.  Also on that team were John O’Connor, Gay Byrne and Fr. Paddy Lally, happily still with us.

That team also included Harry Perry, who would become one of Ireland’s greatest amateur boxers, being a two time Olympian and a European medalist in 1959. Narrowly defeated in the semi final of the School’s senior Cup, the team contained 11 members who would bring the cup to Terenure for the first time in 1952.

John was an exceptional wing forward and was a first team player when we were in the junior ranks.He was on the winning junior league sides in 1955,1956,1958 and 1959. He was on the first side to play for the club when we entered senior ranks, playing against Bective Rangers on 13th September, 1959, losing narrowly 9 – 5. A week later we drew with the Leinster Senior Cup holder, Wanderers F.C. He was one of a group of players who might have progressed their rugby careers by leaving the club to play senior rugby. That we eventually gained the right to play at the top table was due to players like John, to whom we should always be grateful.
He would regularly visit the club on match Saturdays for many years from his home base in Castlerea, linking up with his old team mates, enjoying a victory, mourning a loss but, more probably, reminiscing on the achievements of his old teammates and delighting in the progress the club had made since his playing days.
To his wife, Mary, and his family we extend our deepest sympathy.