The Sharks (Terenure RFC, Suttonians RFC and Old Belvedere RFC) are up against Mullingar RFC in the Leinster u14’s Girls Cup final this weekend.

Captained by Terenure’s Sinead Palmer, this is our first, of hopefully many cup finals to come for girls rugby in Terenure.

The team was formed this year where the 3 clubs combined in order to have sufficient playing numbers for leagues and cup. The girls train in their respective clubs and come together for matches at weekends or combined training sessions.

Despite only being together a few shorts weeks the girls are over the moon to have made it to the cup final. Some of the girls are very new to rugby having only started in September this year so it is a testament to their hard work and dedication to have come this far. Also a testament to their parents and guardians who bring them to training and matches. They play an exciting style of rugby and can adapt to what is in front of them.

They have strong and able forwards matched with zippy fast backs!  The style of play is to work hard as a squad, ensure that their best performance is put in and creating space to allow the speedsters to run over the try line!

PATH TO THE CUP FINAL.

First match was Seapoint/DLSP vs The Sharks. A good start to the season with a 22 – 50 away win. The semi final was versus The Rhinos. This was a closely matched contest and it came down to the wire finishing up 26 – 29 to the sharks to allow them to progress to the final. 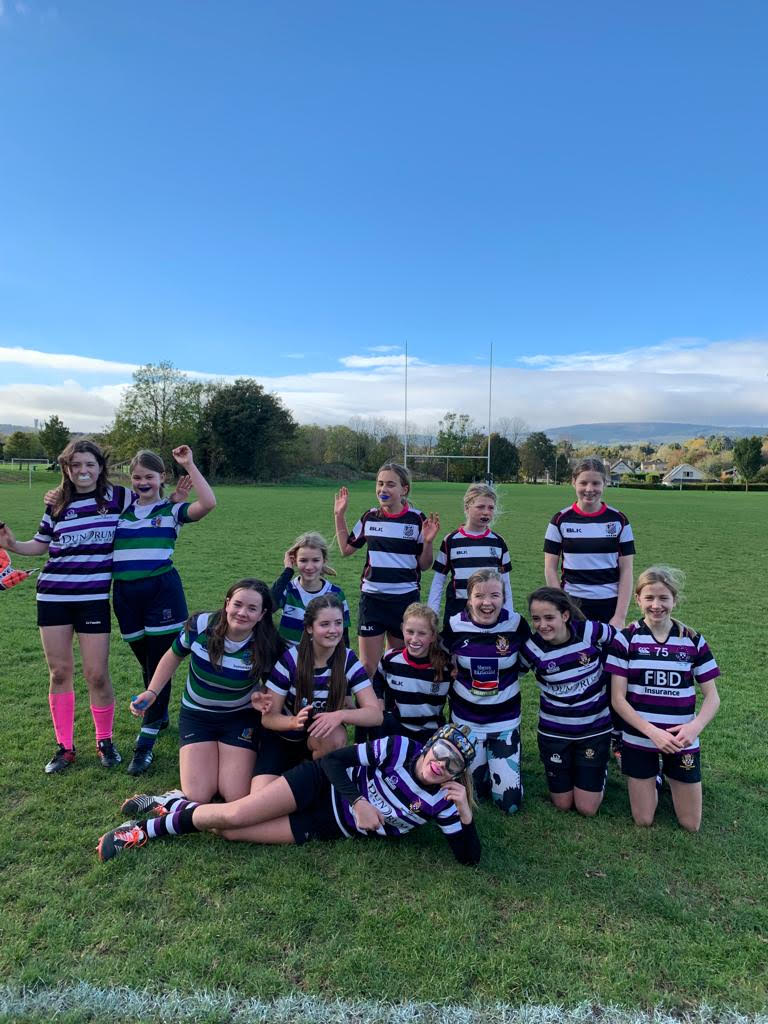