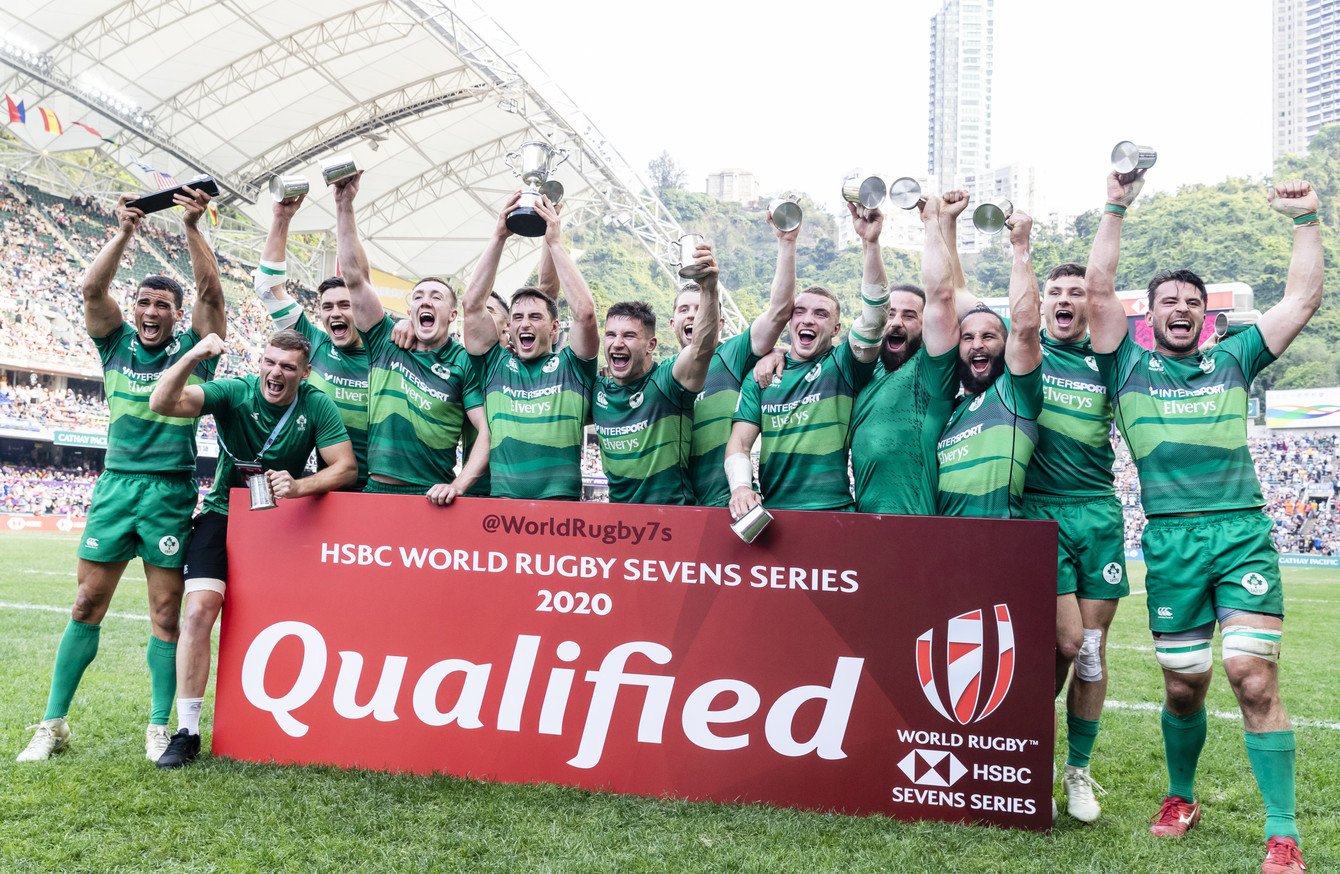 The 2019/20 season saw the beginning of a new chapter in Irish Rugby as they made their debut performance on the HSBC World Sevens Series. Leading the Irish Rugby 7’s team out for our opening match against USA on crisp Thursday evening game in the desert of Dubai, marked the start of an adventure that would see us take on some of the best players and teams in the world and that night was a great introduction.

Packed with superstars – Carlin Isles, Perry Baker and Danny Barrett but to name a few, we dominated in large parts, playing some good rugby and standing up to the challenge but we struggled to capitalise on opportunities and found the game slipping away from us. We were in the fight but fell off some collisions, lacked a bit of smarts at key times and take our opportunities. It was an encouraging performance, but we were disappointed in ourselves as we always set such high standards and expectations of ourselves and we go into each tournament to win every moment and every game.

This would, as it turned out, be the tale of our season and introduced us to the cut-throat nature that is the World Series. This incredible circuit is one of the most amazing, exciting and whirlwind experiences and the nature of the sport means that each game, each weekend, is a mixture of emotions from exhilaration and delight to utter disappointment and defeat. Playing 6 games each weekend is a major physical and mental challenge but at the end of the weekend, it’s all about who is prepared to push themselves further whilst also producing clinical and dominating performances. 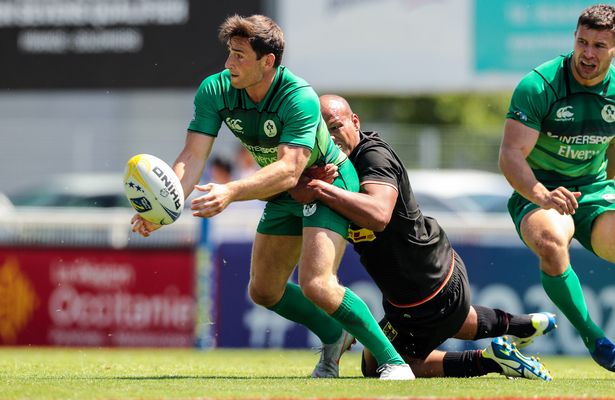 We started in Dubai in December where we learned how merciless this tournament can be when you switch off for even a moment. We then hopped on a flight and made the 10-hour journey down to Cape Town where we landed into a city filled with dancing and singing and we experienced this immediately as we were welcomed into our hotel. Life on the world series is brilliant, you get to immerse yourself into the culture and life of all these amazing locations, even if it is just for a day or two in the lead up to the weekend.

Life off the pitch on the world series is described by some as a ‘travelling circus’, and it very much feels like that when you’re in the thick of it. It is so unique, 16 teams from all over the world packed into the one hotel, sleep next door, walk down the corridor and pass each other and all eat in the same ballroom. On a Monday morning then, tired and sore, we pack up and we’re all transported, sitting side by side on the plane, to the next location to perform in front of the next excited and enthused crowd.

The Captains photo each week is always an exciting and refreshing part of the week and it’s always the highlight of my time in each country. It’s a chance to get out and hang out with the other captains who you build a relationship up with over the course of the series.

Although we are on opposing sides of the whitewash come Saturday morning, a Wednesday afternoon sees us take off to a landmark location to pose together and do interviews for a couple of hours. I’ve had some interesting experiences in the past at Captains shoots and it always makes for an enjoyable afternoon. Cape Town was a slightly different event, as I should have expected. We were joined by a Boa Constrictor snake and 2 cheetahs. Seated beside us and around our necks were these marvellous wildlife creatures, it was very much a case of hold your breath for as long as you can and “take the bloody photo already”!

That weekend, we felt we landed into the World Series and made our first mark, going unbeaten in the pool, beating Australia, Samoa and Kenya before we had the thrill of taking on Fiji in a packed house of 55,000 in a quarter final on a blistering Sunday morning. Running out onto the pitch for that occasion was something special, the roar of the crowd and the heat of the game was unforgettable. We were right in the game, controlling and dominating but for a few unforced errors and there’s only one way the game is going when Fiji get their hands on a loose ball – you find yourself literally chasing shadows. A 6th place finish in Cape Town gave us every motivation as we broke up over the Christmas break. 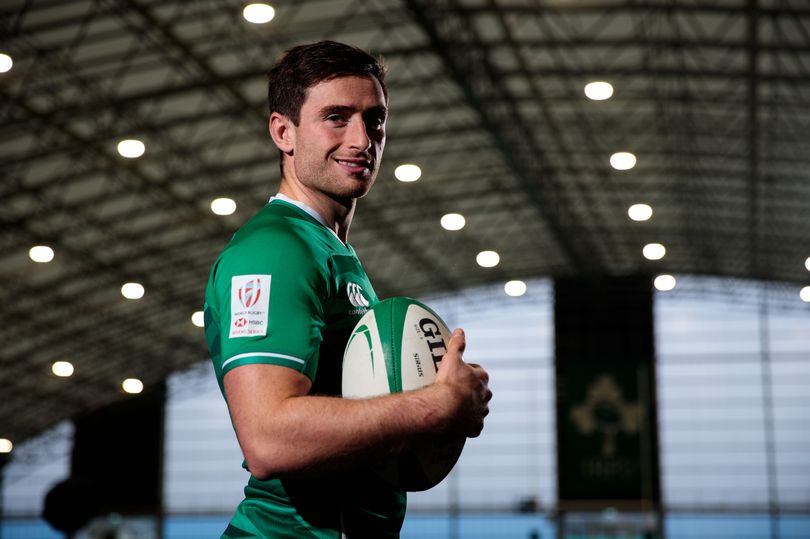 It wasn’t too long before we made our way down to Hamilton in New Zealand in late January. Similar to our opening tournament in Dubai, we played some good rugby and put in some notable performances but found ourselves on the wrong side of the draw and stumbled to a disappointing finish. After Hamilton, it was a jump across the water to spend the week in Sydney before experiencing one of the most breath-taking (literally) challenges of them all. We had the pleasure of playing in 49.9-degree Celsius heat which was like playing a match in a sauna. I couldn’t but laugh at the situation although the shakes after the game were something I wouldn’t be too fond of, despite the lack of sun in Ireland this summer. The heat then brought about a monsoon of rain where we beat Argentina in a 7th place play off.

We were only home a couple of weeks before we took off again to LA, spending a week wandering the streets of Rodeo Drive, Sunset Boulevard and Venice beach. Claiming a 6th place finish in LA Galaxy’s home ground, we then flew up to Vancouver to play in the impressive BC Place. It was a change of environments as we usually follow the sun, Vancouver was similar to our usual training environment – wet and cold. A stunning city, we were lucky enough to venture around the snow-covered mountain ranges and forests. The indoor stadium was packed with 60,000 wild fans dressed up as bottles of Corona, we certainly heard the many hundreds of Irish fans that were dotted around the stadium.

Unknowingly, Vancouver marked the end of our maiden season on the World Sevens Series as Covid-19 saw the postponement of the outstanding legs of the circuit – Hong Kong, Singapore, London, Paris and the long anticipated Olympic qualifiers for the Olympic Games in Tokyo. Disappointing but an opportunity to catch up on life outside of rugby like college work and family time.

With so much uncertainty, we continued training by ourselves, maintaining our fitness levels as best we could. As a team athlete so used to training with others, it was change as I completed my runs and gym sessions alone. We were equipped with our GPS units and a sufficient amount of gym equipment to maintain a level of training that would ensure minimal loss of fitness and strength levels. The GPS units meant there was no hiding when it came to running sessions, but it also slightly satisfied that crave for competition as the GPS stats each day was a way of comparing speed and distance scores.

We kept in touch with each other, holding coffee mornings over zoom each Sunday morning, weekly Zoom meetings to review games and talk rugby, and Zoom HIIT classes. It was a challenge but no different to everyone else in the world and every other sporting team in the world – it was a learning experience and we had to do the best we could with what we could and learn how to best maintain motivation levels through all the uncertainty and doubt.

As we enter the new season, there’s still uncertainty there as the World Series is so international and high risk in this day and age. With no start date in sight it can be a challenge to set your sights on the next target. In saying that, the chance to go to the Olympics at the end of the year is everything that is driving me at the moment and I’m fully focused on achieving this feat. It’s looking like it may be some time before 7’s rugby gets back to its usual format, tournaments are unfortunately being cancelled by the month. The IRFU are thankfully doing everything they can to continue to grow the sport in Ireland, hosting in house tournaments between provincial academies and there may be regional tournaments played within Europe before Christmas. The uncertainty is hard for all involved but it’s also crucial that we stay aware of that end goal and not lose sight of the Olympics.

More importantly, the lack of Sevens rugby may give me the opportunity to make my debut for Terenure College RFC! The chance to play for the first time ever with my younger brother Sam, my old school friends and the many fantastic players in the club, as well as the honour to once again play under the leadership of Stephen and Harrison, guided by the genius that is Sean Skehan – would be a moment I would very much cherish and relish with this great club and it’s great people! I have no doubt that the hard work the lads are putting in over the break, combined with the skill and talent that the team possesses, will bring this great club to new heights. A play-off or a final shouldn’t be enough, this team are more than capable of winning the AIL and I know they believe they’re good enough to win it. I look forward to following throughout the whole season and hopefully I get to contribute even in the smallest of parts.

Best of luck to Stephen, Harrison, and all involved!!