The year was 1952 and the first year Terenure College won the Leinster Schools Senior Cup with John O’Connor as the captain of that team. As a native of Terenure, John O’Connor resided in Lakeland’s Park with his parents, his brother Gerard and sister Maureen. His mother Kitty owned ‘Bergin’s’, the ladies boutique in Terenure village and John attended Terenure College along with his brother Gerard. He excelled at many sports including tennis, but his ultimate passion was always rugby were he wore the number 6 jersey. John also represented Terenure College as a Leinster schoolboy and captained them against Ulster in their final game.

Many of his school friends went on to be lifelong friends including his fellow team members, Shay Connolly and Gay Byrne who were also part of that 1952 first Leinster Senior Cup winning side for Terenure College. This was the stuff that school boy dreams were made of.

John went on to be selected to play for Leinster. Unfortunately shortly after this, his rugby career was cut short after catching tuberculosis, which was life threatening back in the 1950’s. Whilst his playing career was over, his love of rugby and dedication to both Terenure College school and the rugby club was not.

John was a selector and on the Executive Committee in early ‘70’s. He was one of only two sets of brothers to be President of Terenure College RFC. His brother Gerry was president in 1965-66 and John in 1974-75. The other brothers were Paddy and Noel Gaffney. Three other players from that 1952 winning team went on to be presidents of the club, the other two being Gay Byrne and Shea Connolly and one went on to play for Ireland – Hubie O’Connor – winning three caps. 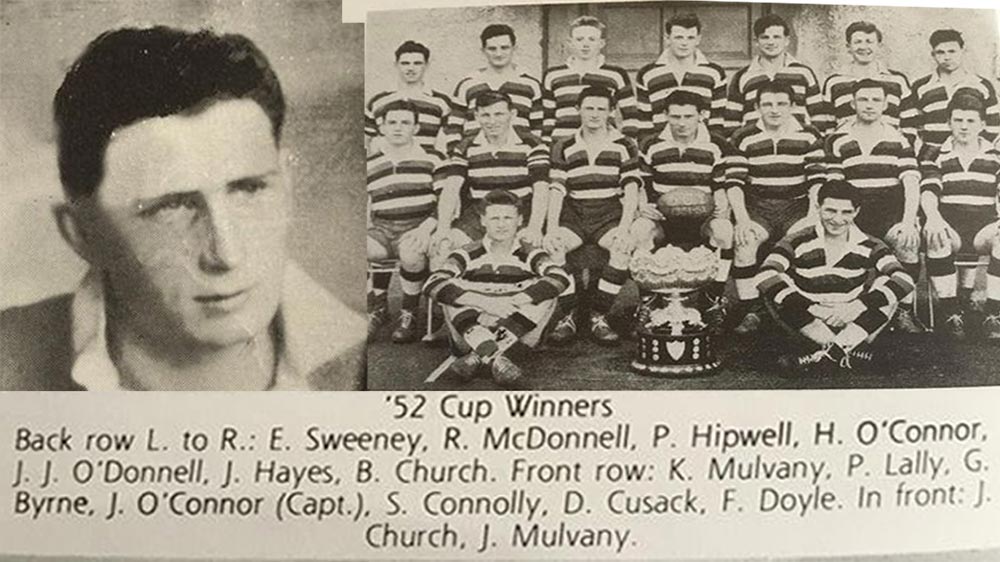 ‘A nicer man was never a member of our club.’

John went on to marry Sheila Lemass daughter of former Taoiseach Sean Lemass and had 5 children. In the 1970’s John took up the position of President of Terenure College Rugby Club and toured with the team to places as far reaching as Bermuda.

His passion for the game continued and he would often be seen cheering on the team from the side of the playing field. John inspired the following generations in his family to play including his son Sean who played in the Senior Cup team in the 1970s for Terenure College. His legacy continues with his grandson Tommy O’Connor who was selected for Leinster Rugby under 18’s this year.

From that Senior Cup team of 1952, today only two of the original members still survive, John and his friend Gay Byrne both now in their eighties. Their friendship was cemented through Terenure College school, Terenure College Rugby Club and a true love of the game. 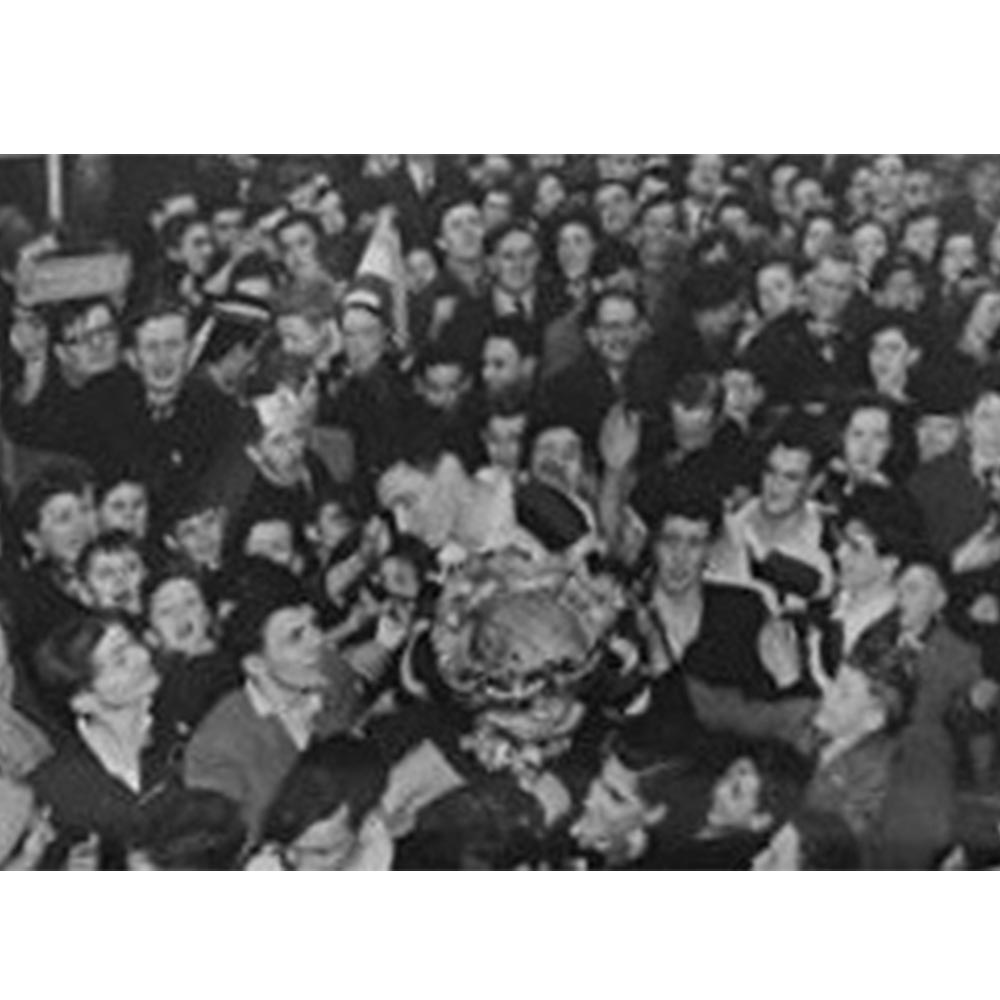 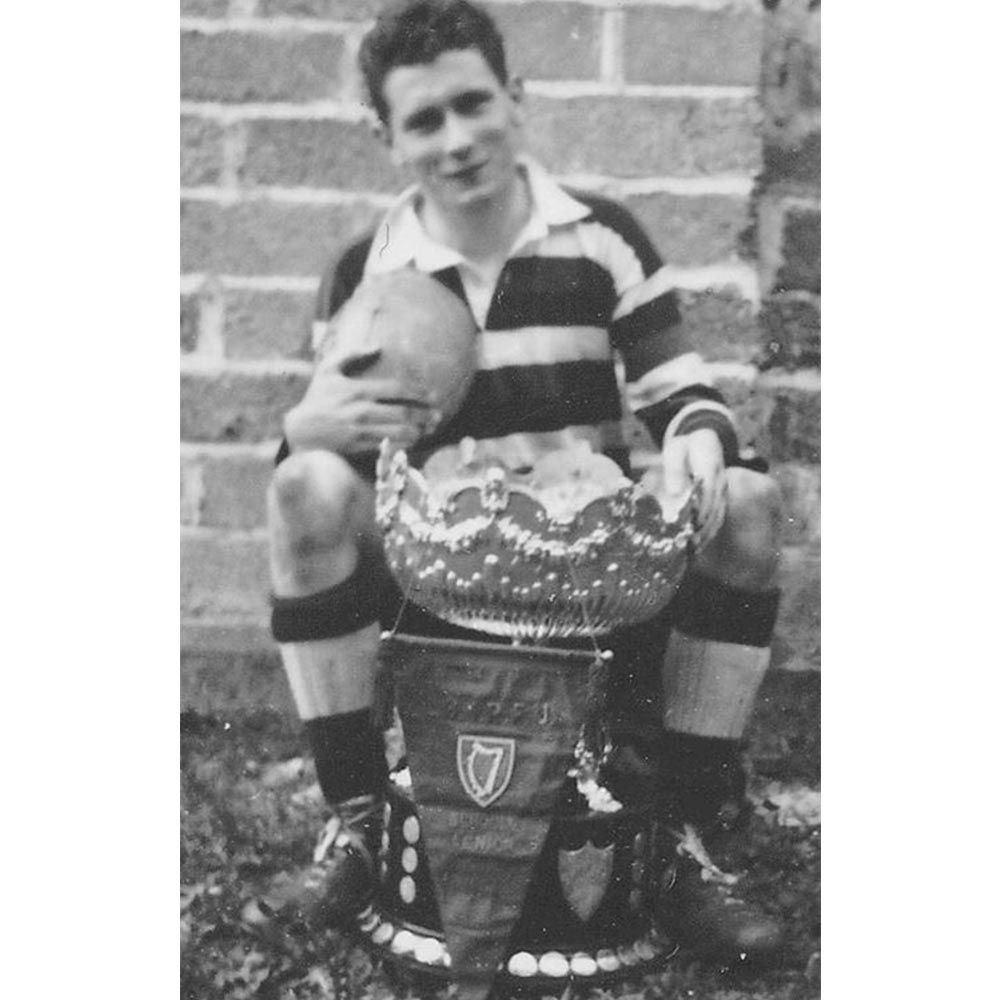 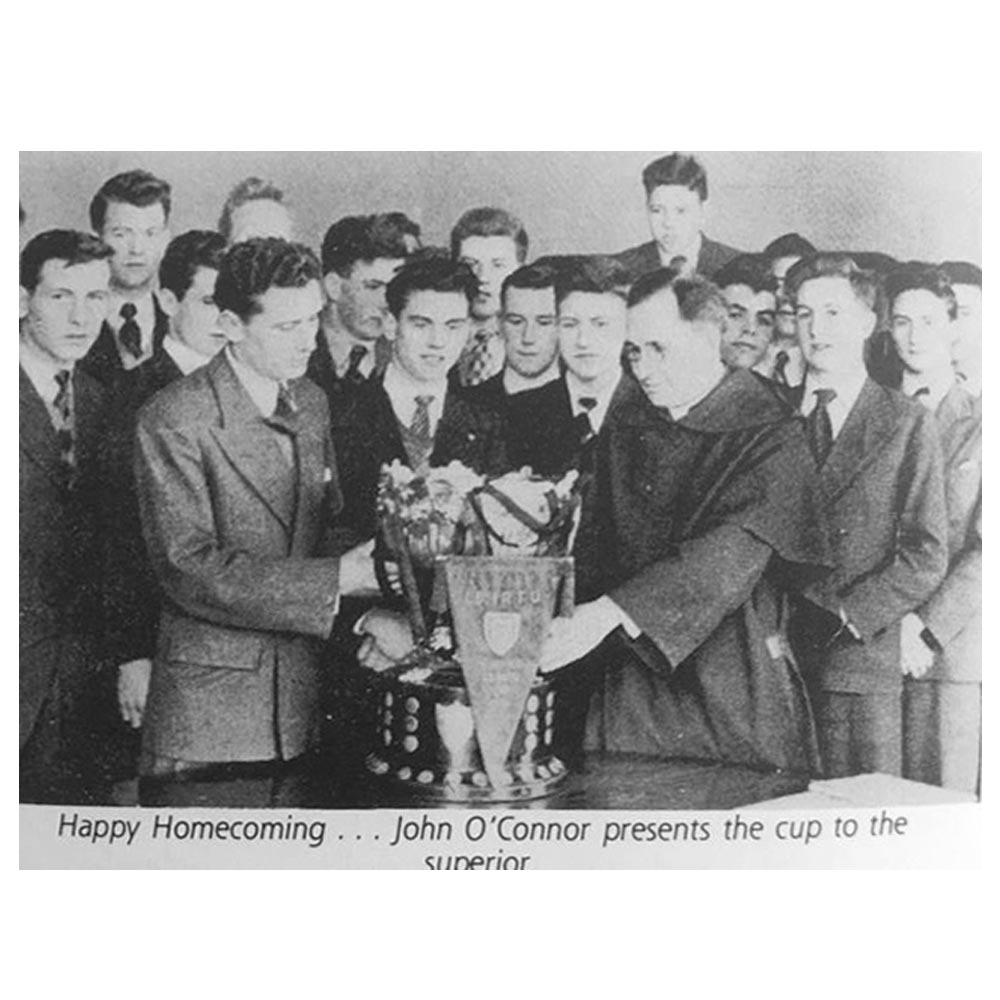 Recently when his daughter Geraldine spoke to his lifelong friend Gay, where she was eloquently reminded that Gay was dropped from the final 1952 Senior team that took the cup for ‘some fella called Church’! Rugby is a passion that is rooted deep like the friendship between the two school friends now in their golden years.

Last summer Geraldine brought her father, John and Gay out for a summer lunch coupled with a glass of wine or three to wash down their food. She listened intently as they both recalled the old rugby days as if it were only yesterday and it was amazing to see how their bond has strengthened over almost 80 years.

Geraldine said their conversation was as if they had been transported back to 1952. They chatted about their friends, their teachers and the great times that they had encountered. She realised that even though their bodies were now older that sense of fun and some mischief has never changed.

She mentions that many times growing up as a child, she had asked her father about his rugby playing days and he was very modest about it, but according to his friend he was a super player and a force to be reckoned with on the field of play.

Her father will never forget the highlights of his rugby career and with the club. In the old family home, there is a wall of photos dedicated to this time in his life. Terenure College rugby will always be a part of him but more importantly the true friendships tempered in the college and the club really are forever.

John O’Connor – a true legend in the history of Terenure College school and rugby club.

*Terenure College RFC would like to acknowledge the help of Geraldine Killeen, Johns daughter for her help in putting this article together and sourcing the pictures.