We have decided to introduce a new section to the website featuring some of the ‘legends’ of the game who have played (and in some cases still play!) for the club. The first is Paul Haycock who had a 25 year club playing career in Terenure College RFC and took some time out to answer a few short questions for us. 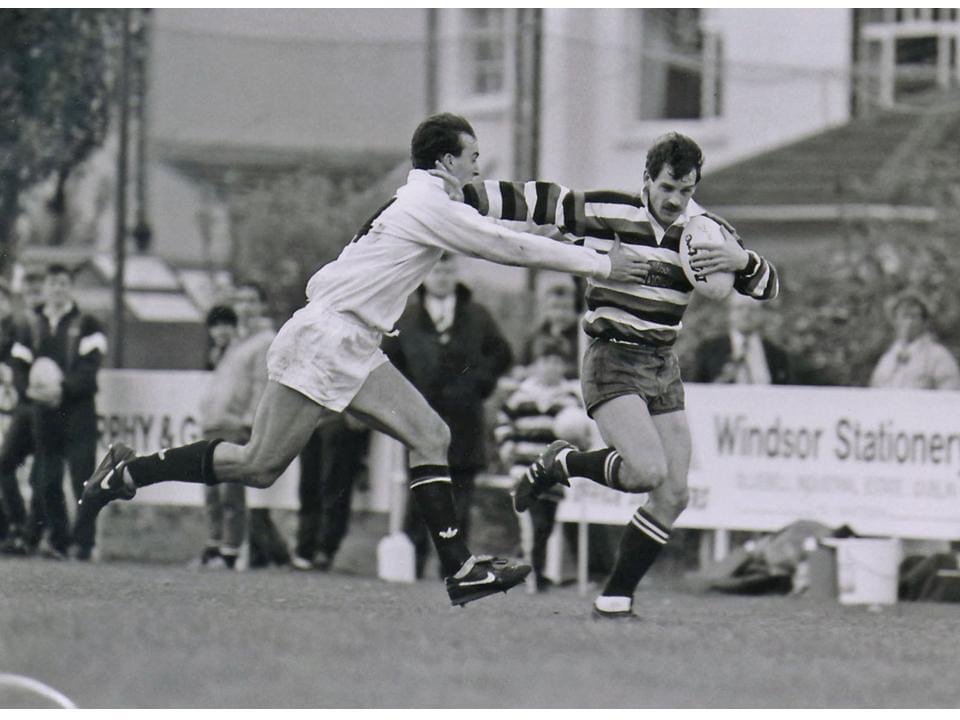 Paul was an outstanding winger. He didn’t just have pace, he was an all round footballer with a great kick and chase game too. He always worked hard on any weaknesses which is a lesson for those that have aspirations to play top class rugby. He was loyal to Terenure all his career and was a great favourite with the supporters. How thrilled we all were when he got his long overdue cap against the old enemy. His longevity makes him a true legend.

Greatest Terenure College RFC  Memory:
Winning Leinster League Cup 1984 – First time ever for the Club and scoring “THAT FAMOUS” Try (in the Wesley Car Park!!)
1999 – 2000 Season, Playing for the Second’s in which we won Both League and Cup and Finally Retired from Playing.

Favourite Teammate: Plead the 5th Amendment on this. So many great players and friends (Still to this day)

Most Annoying: Again pleading the 5th but include some of the above!!

Best Player played with: Having being honoured to play with so many very talented players through the years (Decades) with Terenure, Leinster and Ireland – Unfair to try to pick one.