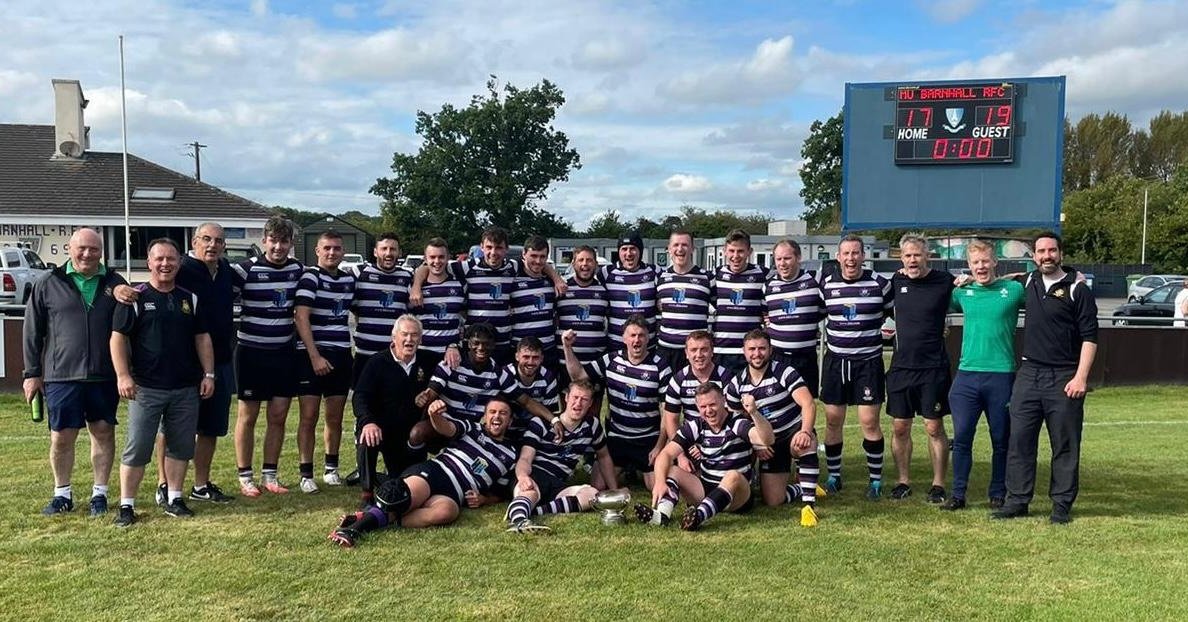 The Winters Cup returned to Terenure after a 6 year absence .

A tough cup to win and Terenure bringing it home 3 times over the last 16 years with Emo Devlin , Des McCann and Finn Maguire at the helm .

However Conrad Barrys brought it back  with a fine win away to Barnhall on Saturday 25th September.

A physically strong Barnhall team put Terenure under considerable pressure and only a great defensive effort saved an early try, which had seemed certain.

Barnhall were restricted to a penalty. 3 – 0.

Terenure then got to grips with the game and started to play with a higher pace that caused Barnhall trouble.

Peter Byrne seemed to convert but the referee decided the kick was missed 3 – 5.

Terenure began to get on top and more good pressure resulted in another Peter Byrne penalty. 3 – 8.

With outhalf Joey Prendergast controlling the game well, another penalty left the score 3 – 11.

Peter Byrne made it 3 – 14 and Terenure seemed well in control.

Barnhall then began to take the game to Terenure and used their big men to good effect , working a try on the left wing. 10 – 14.

A fine Terenure move finished off once again by Barry O Toole, seemed to seal the game at 10 – 19 deep in the second half .

Barnhall however had other ideas.

With minutes left another good move finished with a score on the left wing.

Terenure made one last effort and finished the game in the Barnhall 22 to run out 17 – 19 winners.

A great win for a remarkably resilient and well disciplined side , one of the best junior sides Terenure have produced in some time.