Shay McCarthy followed up on a Dan Goggin cross-field kick, which was collected by Conor Hayes, to score a decisive 77th-minute try, the Cookies securing a stirring 24-18 win to pull back within a point of the top four.

Terenure had led 12-3 at half-time thanks to tries from Craig Adams and Luke Clohessy, but Dan Walsh, replacement Paulo Leleisiuao and McCarthy all crossed during the second half to steer Gearoid Prendergast’s men to their fourth straight victory.

Adam La Grue’s well-weighted dink through was grounded in the left corner by winger Adams for Terenure’s opening try in the 10th minute. The Cookies got off the mark with a penalty from out-half Evan Cusack.

Following a miscued Munsters lineout, strong running from Colm de Buitléar and Adams brought ‘Nure up close to the line on the half hour mark. The latter broke past McCarthy and had to be hauled down by Hayes, but quick ball was fed wide for Clohessy to make it 12-3.

The sides lost a player each to the sin bin in Fionn Gibbons and Mick Melia, before Munsters opened their try account within five minutes of the restart. Munster hooker Chris Moore provided the latch for Walsh to force his way over. Cusack’s conversion reduced the arrears to two points.

A Caolan Dooley penalty gave ‘Nure points from a strong spell from their forwards, only for the hosts’ burly replacement prop Leleisiuao to prove unstoppable from a few metres out in the 65th minute.

It was a double setback for ‘Nure who lost Adam Tuite to the bin, along with Cusack kicking Young Munster ahead at 17-15.

Into the final minutes, the Limerick men set up a lineout platform inside the ‘Nure 22. Goggin spotted space out wide, kicking out to Hayes who was brought to ground, but a quick recycle saw McCarthy finish smartly.

Cusack’s well-struck conversion was cancelled out by a Dooley penalty, which was enough for a losing bonus point for ‘Nure. They were unable to capitalise on some late possession and territory as Munsters held on. 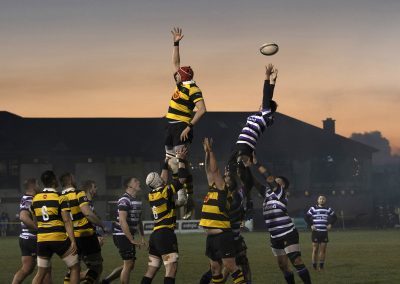 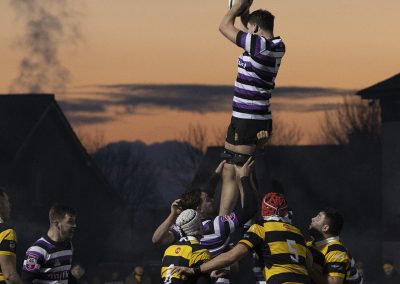 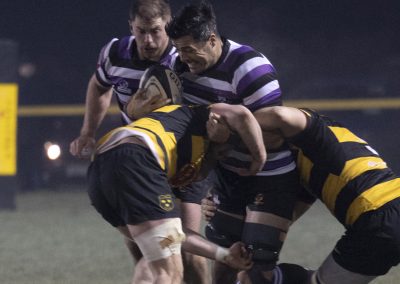 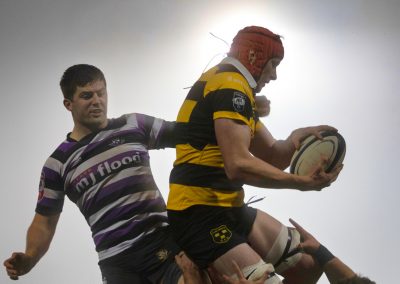 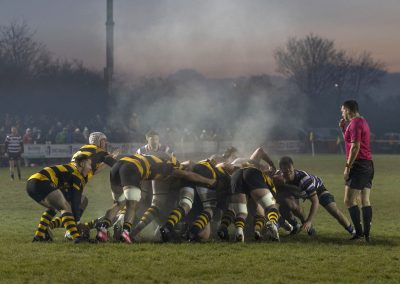 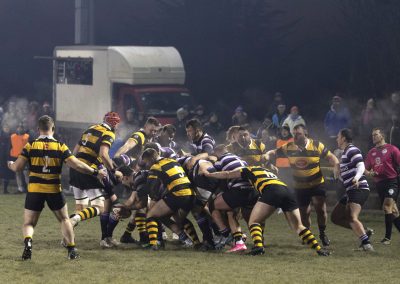 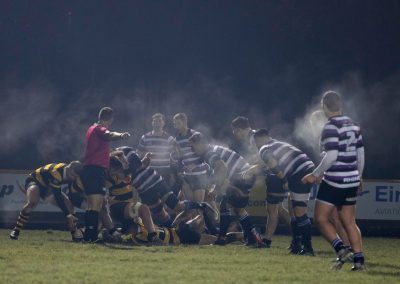 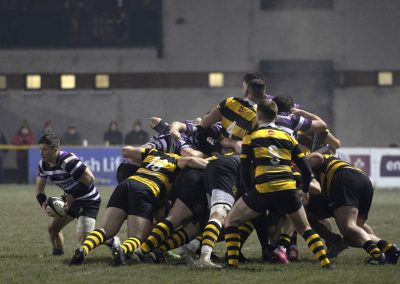 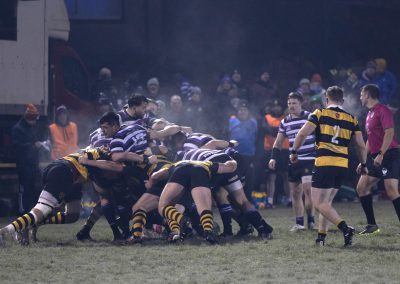 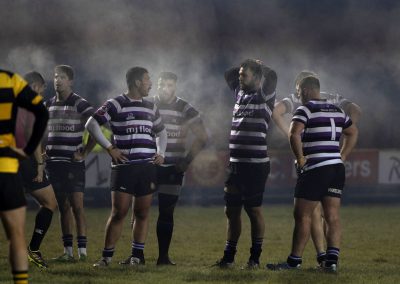 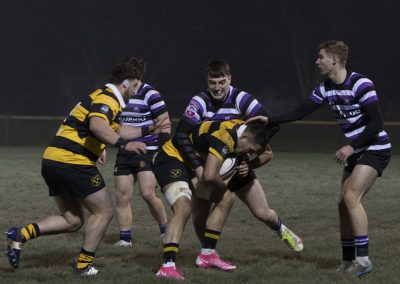 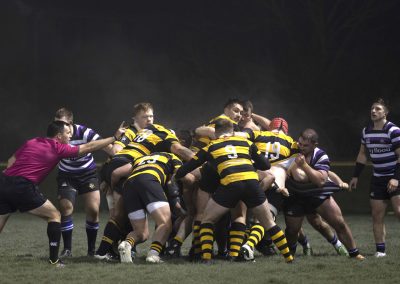 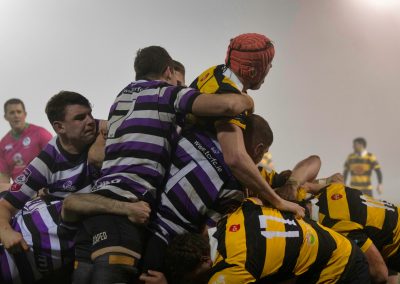 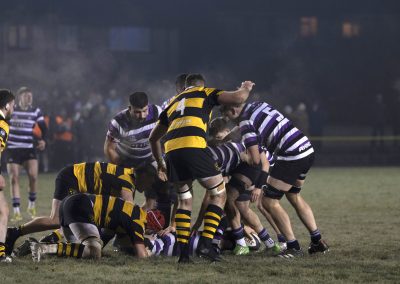 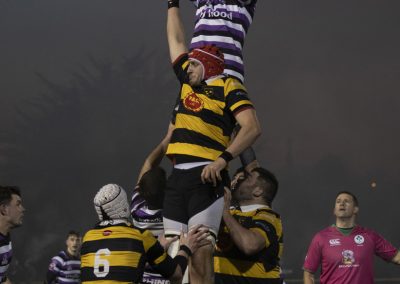 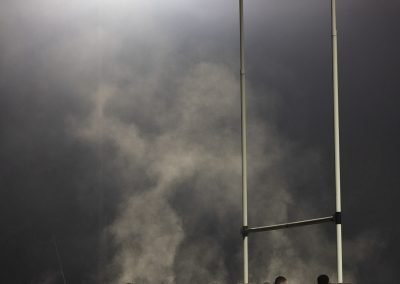 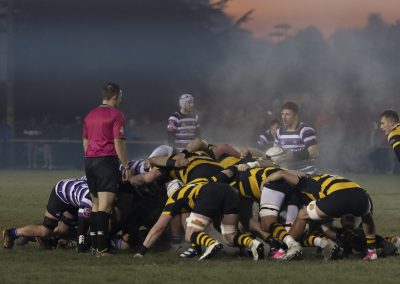 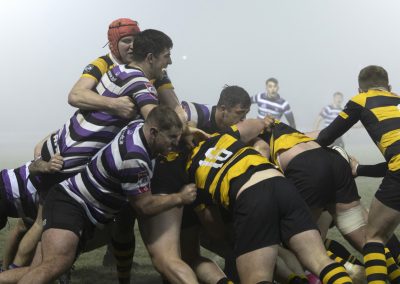 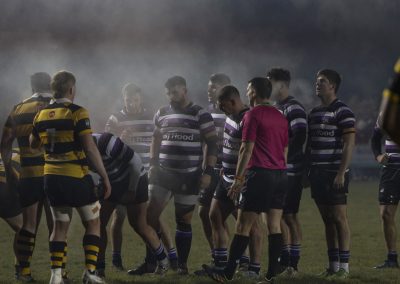 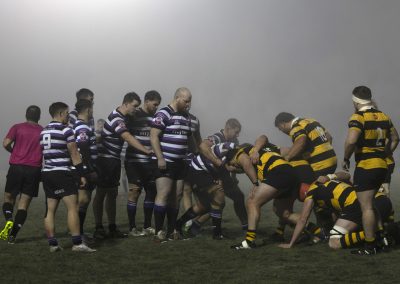 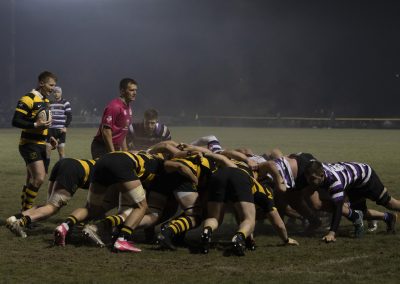 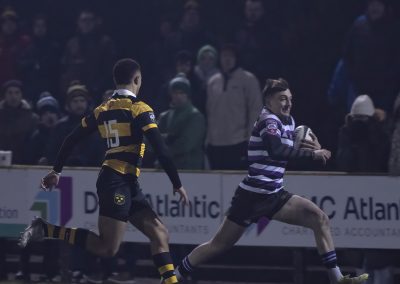 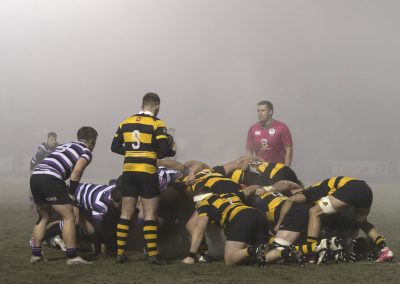